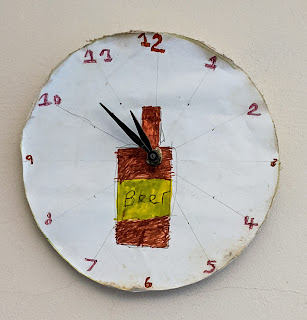 Time truly is one of the only really finite resources. We all lose & gain so much during our life in so many ways.  For example I can’t easily count how many jobs I have had or how many I have lost.  By the last count though I'm already on my fifth career change having switched paths on so many occasions before.

You can’t delay it, slow it, stop it, pause it, start again or buy it back.

Ok, so far so obvious, get to the point.

A lot of the time the idiom “Tempus Fugit” seems to be employed to exhort us not to waste our time, but to use it productively.  The internet and the written press is full of “influencers” and self-appointed gurus. They all seem to have a good idea about the best ways for us to spend our time, how we can use it better or how lazy we're being by not using it as they say we should be. They are also usually selling something. We all appear to have our consumerist values embedded in us, along with the indoctrination of needing to work to pay for it all.

Now that we all have so much more time on our hands, more time to think and are being forced to do so much less than normal. We all seem to be reflecting on how we spend our time whether we realise it or not.

Unusually for me in advance of writing this I actually did some research. I asked a group of friends two questions:

For myself, given that our time on this planet is limited & we don’t know when our turn will be ended my question is this:

What is the wisest way to spend our time?

Now that we have been temporarily suspended from the rat-race & the affluence trap has been sprung, just look at what we are all really missing. Look at what actually seems important.

Time is flying for all of us, so lets try to waste it wisely.